With self-driving cars and self-remembering kiosks also on the horizon, QSR franchise leaders must seriously consider investing in upcoming automation trends to save on rising labor costs.

Several Asian countries have embraced technology in their respective QSRs. Exacerbated by challenges across the board, it may be time for the West to catch up. Several factors have repeatedly pummeled the quick-service restaurant (QSR) industry over the past few years. Between emerging (and shifting) pandemic situations, labor shortages, and supply chain stumbles, it's impressive that many QSRs were able to keep their doors open at all! Unfortunately, the insurmountable pressure of a particularly difficult 2020 and 2021 forced many to close too. Now, as the country (hopefully) eases out of the tension, shipping bottlenecks and staffing issues still stand in the way of growth. But by leveraging emerging automation trends, QSR business leaders can stand better prepared for the future.

According to Frances Allen, CEO of Checkers and Rally's, the continued labor shortages may be permanent. The fast-food burger restaurant manages 850 locations, and Allen plans to open 60 more this year, but those plans may get held up in the wake of continued labor shortages and supply chain issues. Allen spoke on the shrinking labor market and the shifts necessary to combat it in an interview, saying, "As leaders, we've got to plan for that shrinkage."

To adapt, Checkers and Rally's have embraced emerging automation trends, such as voice-ordering technology at drive-thru windows. QSR franchise leaders may want to consider Allen's use of automation trends to curb rising labor costs and shortages. With this assistance, a shift usually running with five employees can get by on three or four. 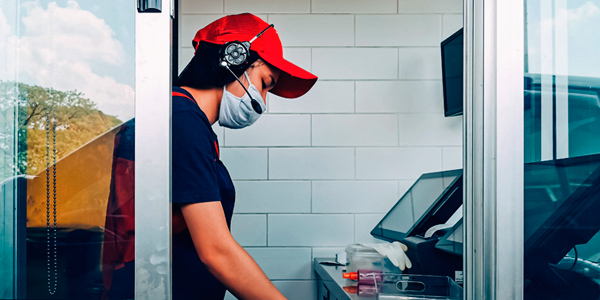 According to a report from Lightspeed regarding the state of the hospitality industry in 2021, more and more US restaurants are considering jumping on automation trends. Within the next two to three years, 50% of those businesses plan on implementing tech in some fashion, and it’s no surprise that the global AI market is predicted to surpass $190 billion in market value by 2025.

Labor gaps are the most common reason QSR franchisees give for leveraging automation trends. At the start of 2022, the quit rate for hospitality workers reached 6.8% — more than double the national average, according to the Bureau of Labor Statistics. High turnover rates have always been an issue in the foodservice industry; these numbers, however, are eye-popping even by those standards. We may see the pandemic coerce those who lagged behind the automation train to hop onboard.

In the past, robots replacing humans was the subject of science-fiction. Today, it’s no longer so far-fetched. In a world driven by automation (accelerated by the pandemic), more QSRs are turning to tech to do formerly human jobs. Voice-ordering at the drive-thru and computers indoors are just two basic examples. With self-driving cars and self-remembering kiosks also on the horizon, QSR franchise leaders must seriously consider investing in upcoming automation trends to save on rising labor costs.

These trends aren't new. China, South Korea, and Japan have all embraced technology in their respective QSRs. Exacerbated by challenges across the board, it may be time for the West to catch up.

Many high-tech QSR robotics are either in production or already exist on the market. QSR franchisees might consider automated machines that can churn out gourmet burgers, or robotic arms to operate the fryolator. Both significantly reduce the risk of injury from burns while maintaining high levels of consistency throughout the day. Given all the available tech, it's surprising that some industry leaders, according to QSR Magazine, have yet to reach a consensus about incorporating automation trends en masse.

They debate how large a role these machines should play in the industry. Some argue whether automation should stay reserved for ordering kiosks or completely replace kitchen workers. Others believe automation could take over the business entirely, with robots that flip burgers and deliver food to tables.

Jacob Brewer, chief strategy officer at Miso Robotics, touched on the future of automation, saying, “We're not in the phase of ‘we hope it works.’ We know it works. We're in the growth phase. The future is here.” Brewer believes the era of automation is in full swing. According to him, it's no longer a matter of if, but when. 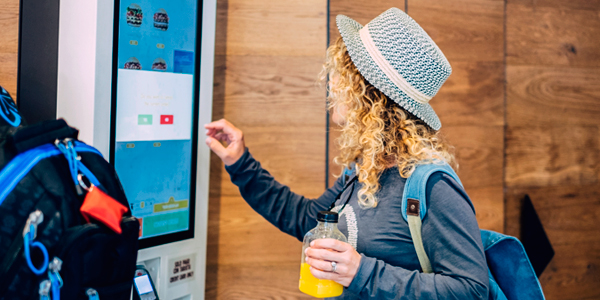 QSRs operated in a relatively limited capacity throughout 2020 and 2021. But as vaccines rolled out and restrictions lifted around the country, the influx of hungry customers proved challenging to handle. Supply and labor shortages in the face of rising demand forced the industry to pivot—perhaps in a direction that’s permanently changed the landscape. Automation trends marry well with the QSR industry, a relationship that should flourish for franchisees and customers well into the future.

On top of straightforward automation, restaurants must prepare for the even more critical role consumer data will play in the coming years. According to a National Restaurant Association ‘Restaurant 2030’ report, "Technology and data allow for quicker consumer response, and restaurants will need to be nimble. Restaurants will need to embrace new ways of using data and information to keep up—or get left behind." QSR franchisees have long held that speed equals money. The more customers you can serve in less time, the more money you’ll ultimately make.

Emerging automation trends will also shift the need for employees, instead of outright dismissing them. As more QSRs implement these machines, they'll need to hire people with the skills to operate them. QSR franchisees will compete with other industries for tech talent, and must offer better pay and benefits to retain employees. 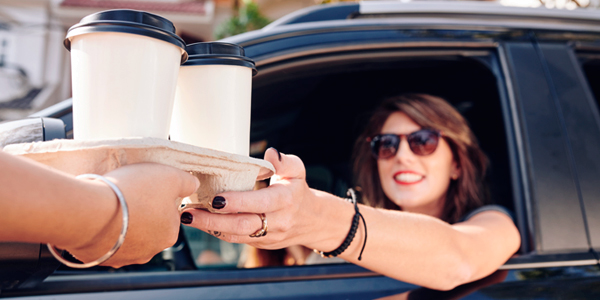 Before Covid-19, the drive-thru lane was a convenient way for customers to stay in their cars and grab food on the go. But as the pandemic unfolded and drive-thru usage shot up (43% in the last two years), flaws in the system became quite evident. QSR leaders had to move cars through the system quicker than ever—or risk upset customers and potential traffic hazards. For all their efforts, a Harris/Xenial poll still found that 65% of respondents who used a drive-thru lane reported an unpleasant experience. Of the reasons given, 26% pointed to understaffing, 30% blamed long lines, and 36% faulted poor staff behavior.

The Harris survey uncovers several unpleasantries in the drive-thru experience. It also—perhaps more importantly—found that more than half of survey respondents were ready to eliminate human interaction altogether at QSRs. While it'll take time to shift towards complete automation, it's clear that the customer base desires a more streamlined, consistent, and contactless process. When considering new automation trends, consider these consumer demographics:

QSR leaders aren't just idling as their competitors pass them by. Towards the end of 2021, ten McDonald's restaurants in Chicago implemented AI at the drive-thru window to take orders. White Castle also announced plans to implement a burger-grilling machine called Flippy at ten more restaurants after a successful trial period in 2020. Flippy, by Miso Robotics, is the world's first autonomous kitchen and frying assistant. An automated fry cook like Flippy will prove particularly useful in covering late-night staffing at 24/7 QSRs.

Miso Robotics put Flippy on the market in 2020, retailing for $30,000. The kitchen assistant’s repertoire includes 19 different food items, such as chicken wings, onions rings, and french fries. At the end of last year, Miso announced Flippy 2, a new-and-improved version with updates from White Castle's feedback.

While Miso Robotics tackles back-of-house, Richtech and their food-running robot Matradee are at work in the dining room. The $20,000 robot went through several in-field tests, including at California Pizza Kitchen. According to Richtech CEO Phil Zheng, more and more large chains are signing up for Matradee every week. "Our food runner [robot] basically allows servers to serve a lot more tables, and customers get their food faster," he said.

Sometimes, you can turn to social media to see just how significant these new trends are in the real world. One video of a food-running robot at Denny's garnered hundreds of thousands of views on the popular video-sharing platform TikTok. Illinois-based Nala Robotics touted the world's first fully automated kitchen almost simultaneously. AI-powered robotic chefs can prepare millions of multicultural recipes without any human intervention.

QSR Process Audit: Is Your Restaurant Ready for Automation?

Many QSRs have increased expenditures on emerging automation trends in response to a rapidly changing business environment. By implementing advanced automation along the assembly line, franchisees can gain a competitive advantage in this hyper-competitive market. But to implement such automation successfully, it helps to have a thorough understanding of your restaurant’s needs.

How to Audit Automated Processes: Key Factors and Considerations for QSRs

Before ramping up to 100% automation, conduct a comprehensive business audit. This will help you determine which areas could actually benefit from machine automation, and which still require a human touch. You may find that automating certain tasks can lead to higher retention rates.

Speaking to the Wall Street Journal, Dunkin’ Donuts Operating Officer Scott Murphy said the company spent too much time training new employees only to have them walk out a month later. To combat this, they assembled a focus group to determine which tasks led to higher turnover rates. The group discovered a handful of problem tasks, like quality control and labeling, and sought ways to automate the processes through technology.

In determining where automation could bolster your franchise, consider the following questions:

Needless to say, integrating new tech does not involve any one-size-fits-all solutions. As the QSR industry continues to embrace new automation trends, owners and operators must weigh the pros and cons of running a fully-automated business. 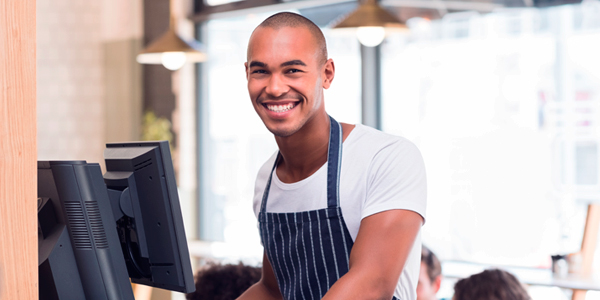 Decide Whether Automation Is Right for Your QSR

There is no arguing that technology has a key role in the future of QSRs. As older workers retire and franchisees have difficulty attracting younger staff, 2022 may be the year to start planning for an automated future. As new automation trends emerge every day, QSR franchisees should keep their finger on the market's pulse to stay ahead.

Of course, understanding how these new trends can level up your QSR operations is made easier with the help of a trusted financial partner.

A commercial banker with deep franchise industry insight can make all the difference for a QSR considering new technology and/or automated machines for front-and back-of-house. Reach out to the team at Minnesota Bank & Trust, a division of HTLF Bank to learn more today.