Industry 4.0 Manufacturing Investments to Be Fueled by the 2021 Infrastructure Bill?

With the inception of the Infrastructure Investment and Jobs Act, (IIJA) in November 2021, many manufacturing executives are already taking this opportunity to increase operational efficiency by investing in the industrial Internet of Things (IoT) to connect machinery and automate processes. Find out why now is the time to invest in industry 4.0 manufacturing technologies. Read more here.

Back in November, Congress passed and President Biden signed the Infrastructure Investment and Jobs Act (IIJA) . This sprawling $1.2 trillion infrastructure bill signals good news for industry 4.0 manufacturing! The bill touches a wide range of industries in its effort to modernize the country. And business leaders looking to grow and capitalize on these opportunities while protecting long-term profitability will have to embrace emerging automative technologies across their organization—from corporate processes down to the factory floor.

Whether it’s through greenfield or brownfield investment, smart factories are key to increasing profitability and competitiveness in today’s market. Technological advancement offers businesses an unheard-of-before chance to level up their connectivity, dependability, efficiency, and predictability. Many manufacturing executives are already taking this opportunity to increase operational efficiency by investing in the industrial Internet of Things (IoT) to connect machinery and automate processes.

Now might be just the time to invest in industry 4.0 manufacturing technologies. As IIJA injects billions into public projects, manufacturers and developers alike may be able to reap the benefits.

What Manufacturers Can Expect From IIJA 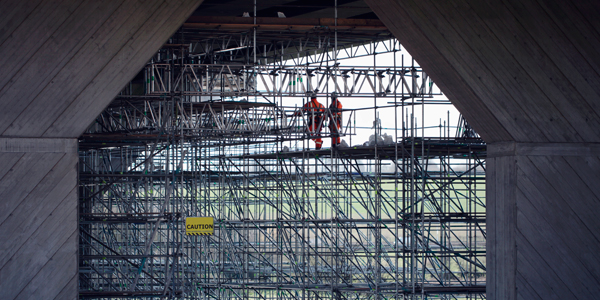 IIJA has opened the door for a litany of new prospects for American manufacturing. However, leveraging these opportunities won’t necessarily be easy. As business leaders are well aware, negotiating, winning, and executing government contracts is time-consuming, given all the bureaucratic tape one must cut through. Still, the economic impact of IIJA on industry 4.0 manufacturing will be well worth the time.

The package injects some $550 billion in brand-new federal investment into American infrastructure through 2026. According to the experts, the funds are long overdue to ensure safe travel, while simultaneously strengthening supply lines throughout the country. The American Society of Civil Engineers gave the country’s infrastructure system a C- score last year. Ideally, IIJA spending and intelligent tech investments will see that score greatly improve.

The bulk of IIJA ($110 billion) will go toward repairs for roads, bridges, and other major infrastructure projects. Of that $110 billion, $40 billion will go toward repairing, replacing, and rehabilitating roughly 45,000 bridges and 173,000 miles of highway. As for the vehicles traveling on these improved roadways, IIJA will inject $7.5 billion into zero/low-emission buses and ferries, while also delivering thousands of electric school buses to districts nationwide.

In the modern economy, broadband is also considered critical infrastructure. As such, the bill allocates another $65 billion to improve internet availability, especially in underserved areas.

But bridges, roads, broadband, water, and sustainable energy are only the tip of the iceberg. How else will IIJA ripple through the US landscape?

Impact of the Bipartisan Infrastructure Law on the Manufacturing Industry

IIJA will provide a slew of net positives for American manufacturing. Think about it: no matter where you are in the supply chain, these billions are sure to have an effect on your business—either directly or indirectly. But industry leaders shouldn’t just rest passively on the assumption that it’ll all work out eventually. They must still keep their ears to the ground regarding the Fed, rising interest rates, and record-high inflation and how the current economic environment is impacting their sectors.

Understanding what sectors will benefit from which parts of the bill is key. For example, passenger and freight transportation will receive a hefty sum from the spending. Companies that produce materials for buses, trains, bridges, railroads, and related equipment should expect increased activity.

Demand will also increase for those producing electronic vehicle charging stations and 5G infrastructure. Projects using American iron, steel, and manufactured goods will also receive priority, along with those with a sustainability focus—part of the Biden Administration’s preference for nearshoring and greening the US economy.

Mike Lamach, National Association of Manufacturers (NAM) board chair, claims IIJA was a “victory years in the making” for American manufacturers, allowing them to “build a future worthy of the next generation.”

IIJA Will Usher in an Era of Industry 4.0 Manufacturing 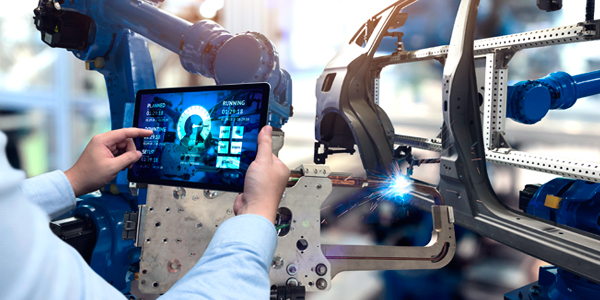 There’s no arguing the need for investments in these areas—some of America’s most-used roads and bridges are near a century old! However, they’re not the only sectors that stand to benefit from IIJA. Companies specializing in green energy technology, IoT advancement, and chemical engineering will all also get their own rewards from the bill. And there’s plenty of room for contractors, architects, and equipment manufacturers to grow alongside them.

The benefits of IIJA will trickle down through several levels. After all, several moving parts are at play when it comes to building and repairing our infrastructure. IIJA will not only rebuild the US as a whole; it’ll also improve internal support systems within companies that win contracts. However, investing in their own companies first is the only way to leverage this funding wave.

Of course, investing in these new processes takes time—so let’s explore the short-term and long-term benefits of IIJA for industry 4.0 manufacturing.

Those specializing in metal, lumber, and aggregate materials can expect rapid windfalls from IIJA investments in public and freight transportation (i.e., roads, bridges, airports, buses, and trains). Those supplying heavy equipment needed for buses and trains will see significant profits, exemplifying the need to invest in themselves by modernizing their facilities and best practices ASAP.

IIJA’s dedication to broadband infrastructure also brings much-needed internet access to underserved communities. Of course, those areas will require new-age 5G infrastructure to get off the ground.

Similar communities will see improvements to their water delivery systems. Manufacturers of the necessary parts will be called on to meet the high demand.

It’s been decades since the last major federal infrastructure investment, and it’ll likely be several more decades before Congress passes anything of IIJA’s scope again. Companies must pivot their practices toward automotive and intelligence technology today in order to capitalize on this once-in-a-generation opportunity. 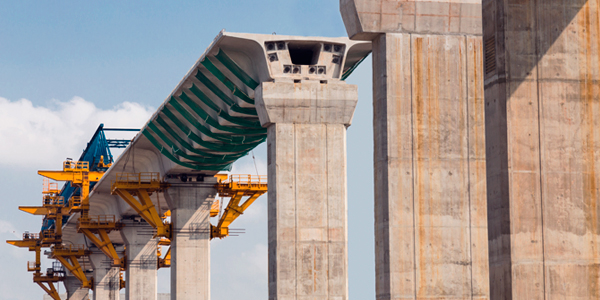 Safety, fuel efficiency, and emissions regulations will force many companies to adopt more sustainable practices. Thankfully, modern data analytics technology can guide them towards better systems, telling them exactly how to tame emissions output. While they’ll want to jump on these opportunities now, IIJA stipulations will force them to reorient to meet new regulatory standards first.

Semiconductors have also seen an uptick in domestic production. IIJA investments will bolster the supplier base in these sectors, ideally opening the doors for domestic manufacturing instead of relying on off-shore factories. Another bill on the horizon, the United States Innovation and Competition Act (USICA) will bolster semiconductor reshoring efforts even more when/if it passes through Congress this summer.

A Unique Opportunity for EVs and Other Renewables

Those in the electric vehicle (EV) sector are also primed to leverage this new opportunity. IIJA will allocate $7.5 billion to fund EV charging station installation throughout the country. However, many industry leaders don’t believe that’s enough. Mark Wakefield, managing director and global co-leader of the automotive and industrial practice at AlixPartners, sees a future where EVs are our primary mode of transportation.

While we won’t be replacing gas stations with EV charging stations anytime soon, AlixPartners believes it’d take $50 billion to build a robust network of charging stations to serve the number of EV drivers expected by 2030. With clean and renewable energy top-of-mind today—paired with spring and summer soaring oil and gas prices—EV manufacturers should capitalize on emerging trends and government funds.

Tech and renewable energy are incredibly important to industry 4.0 manufacturing. IIJA invests $25 billion into energy technology demonstration projects—with most of those funds routed through DOE’s Office of Clean Energy Demonstrations. Yes, DOE has supported similar large-scale tech demonstrations in years past. But IIJA has shifted these initiatives to a higher tier of importance.

Considerations for Getting Your Manufacturing Business Ready for Industry 4.0 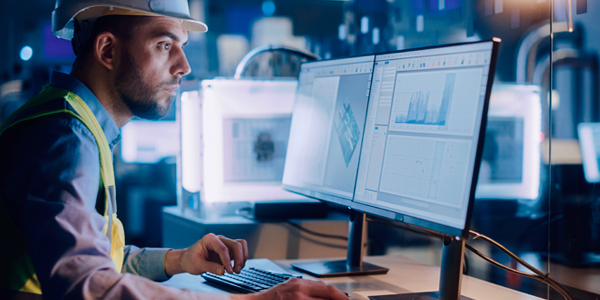 Industry 4.0 manufacturing is exciting! But it also presents challenges for companies trying to scale the necessary digital changes across an expansive factory network. Unfortunately, business leaders don’t have any other choice—the pressure to succeed has never been higher.

Boosting production capacity and minimizing loss is imperative, but preparing your company for industry 4.0 goes deeper than physical products. You must also enhance your customer service and lead times, while also lowering your carbon footprint and bolstering employee morale and happiness.

Such initiatives aren’t tied to IIJA. Plenty of companies have seen the writing on the wall and made the effort to pull ahead in industry 4.0 manufacturing in the past several years already, implementing technological and management improvements to stay ahead of the competition. They learned the value of data analytics, AI, and machine learning.

Yet many more companies have lagged in getting the ball rolling. What must they consider to prepare their operations for the IIJA windfall?

Simply investing in new technology alone won’t make you a more competitive business overnight. Understanding how to leverage that tech to achieve your business goals is just as—if not more—important.

Data-driven decision-making is key to making any real improvements. Most companies have plenty of data—perhaps too much data! It’s when they don’t know how to leverage that data to make agile business decisions that they run into problems. 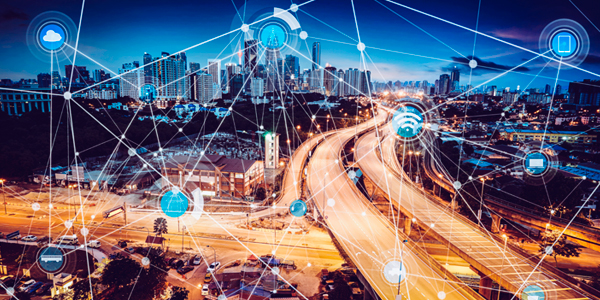 AI and machine learning tech can help you turn those data silos into strategic assets for your business. With improved data analytics, you can see deeper into your practices and understand what’s working and what needs improving.

For example, business leaders can use sensors to monitor equipment and environmental conditions on the manufacturing floor. Those sensors provide detailed reports that let you know when equipment needs maintenance. Now you can conduct maintenance on an as-needed basis, rather than wasting time with regular and meaningless inspections.

Considering how data is one of the essential tools for industry 4.0 manufacturing, it’s surprising that many business leaders haven’t mastered the craft of collection and analysis. A NAM Manufacturing Leadership Council survey found that a whopping 46% of respondent manufacturing companies lacked systems to capture data at all . Meanwhile, 36% of respondents lacked the skills to analyze that data effectively. Yet it’s not because of a lack of awareness—overall, 75% of survey respondents said mastering data is the key to competitiveness in industry 4.0 manufacturing.

Automation isn’t meant to replace human labor. In fact, according to one WEF report, “Fewer than 5% of occupations consist of activities that are 100% automatable with today’s technology, while 62% of occupations have at least 30% of automatable tasks.” Instead, the point of automating tedious busy work is to refocus those laborers on more important tasks.

Upskilling your employees also leads to higher levels of engagement in the workplace, which is especially crucial in manufacturing. According to Gallup’s State of the American Workplace report, manufacturing sported the lowest engagement figure among all major industries, with only 25% of employees reporting workplace engagement.

While implementing all these high-tech improvements is a step in the right direction, companies leave themselves vulnerable to cyberattacks if they don’t also strengthen their security initiatives. Thankfully, the cybersecurity industry knows how important your private business data is and is advancing alongside industry every day.

The Infrastructure Investment and Jobs Act will pave a profitable path into the future for many American manufacturers. However, one must modernize their company from now to reap the benefits IIJA will offer. These industry 4.0 manufacturing technologies are heavy investments, exemplifying the need for a reliable financial partner like Minnesota Bank & Trust, a division of HTLF Bank to plan ahead.

Get in touch with Minnesota Bank & Trust, a division of HTLF Bank to speak with a commercial banker with deep industry insight and learn how industry 4.0 manufacturing is the key to future profitability.