Who Benefits From the Infrastructure Bill? A Breakdown for the American Trucking Industry

American truckers have, for too long, had to handle crumbling infrastructure while working tirelessly to complete their routes.

In November, the White House and Congress finally took action to rectify these conditions by signing the mega-bill Infrastructure Investment and Jobs Act (IIJA) into law. The new bill, which could represent the largest investment in US infrastructure since the 1970s, may prove to be just what the industry needs.

The Covid-19 pandemic sidelined many industries—but some, like the trucking industry, simply didn’t have the option to take a break. Traveling hundreds of thousands of miles cross-country in every direction every day, drivers worked long and hard through the pandemic to get Americans the goods they needed. However, aside from a pandemic, these dedicated workers had to handle another American plague. One of crumbling infrastructure from coast to coast. In November, the White House and Congress finally took action to rectify these conditions. They signed the mega-bill Infrastructure Investment and Jobs Act (IIJA) into law.

American infrastructure and trucking have always served as two key links in the modern supply chain. With over two million trucks on the nation’s highways, the trucking industry transports nearly three-quarters of American freight. This includes many of the goods we use every day.

But our truckers have been badly served by the state of the roads and highways they drive on. It’s been decades since the country saw any massive investment in infrastructure on a national scale. While most major interstates are fortunately still in relatively good condition, many of the city roads and byways needed to deliver goods into the interior of the country are suffering.

In fact, data from the American Society of Civil Engineers (ASCE) finds that 43% of the nation’s public roads are in poor or mediocre condition. Further, nearly 42% of the nation’s bridges are over 50 years old, and at least 7.5% are structurally deficient. That’s over 46,000 bridges!

Many focus on recent issues like labor shortages and energy price spikes, but the nation’s collapsing infrastructure is a much deeper-rooted and long-running—indeed, structural—problem for American trucking. The new bill, which could represent the largest investment in US infrastructure since the 1970s, may prove to be just what the industry needs.

What’s in the New Infrastructure Bill?

The bulk of this investment is directly aimed at transportation needs—good news for truckers across the country. The bill allocates a whopping $283.8 billion to rejuvenate roads, bridges, rail services, ports, and airports.

From that transportation fund, $110 billion will be allocated to repair highways, bridges, and roads. An additional $39 billion will go to improving public transportation, $66 billion to repairing rail service, $42 billion for ports and airports, and another $7.5 billion will go to building EV charging stations. (President Biden’s goal is to build a national network of 500,000 EV chargers, to incentivize the switch to electric vehicles.) 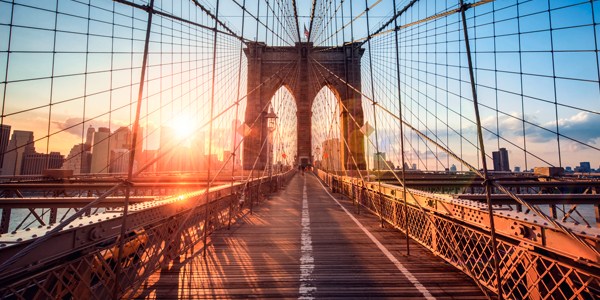 Also, the bill contains provisions for a Truck Leasing Task Force to investigate predatory leasing agreements. The findings from the task force would then be used to educate drivers before signing lease documents. The task force could also make recommendations for changing laws and regulations for fair lease agreements.

Aside from strictly transportation infrastructure, the bill also sets out provisions and allocates money to bolster internet access—and new regulations to cut back on nitrous oxide emissions. The bill allocates $65 billion for improved broadband access, particularly in rural areas. This will prove a boon for trucking firms, considering how trucks often pass through areas with limited internet coverage, making log-keeping a challenge. On the other hand, new EPA regulations could pose a short-term challenge to the industry.

Implementing the new infrastructure plan will not happen overnight. It takes time to bid on and greenlight projects, and for funding to find its way into local communities. But on the whole, IIJA seems like unequivocally good news for our roads and those who travel on them every day.

How Might IIJA Help Trucking Companies and Their Drivers?

As highlighted above, the new infrastructure bill will bring welcome changes to the trucking industry. With some 3.5 million truck drivers traversing the nation’s roads and highways every day, repairing these vital corridors will make these drivers’ lives safer and reduce road wear and maintenance costs.

IIJA also attempts to tackle another problem plaguing the industry—a lack of qualified drivers. Three provisions in the bill target strategies to help attract new drivers. First is the establishment of a new Women in Trucking Advisory Board for the Federal Motor Carrier Safety Administration. Over 300,000 women wrangle 18-wheelers daily—some as tandem drivers, others as solo haulers. This advisory board aims to make the business safer and more equitable for them.

The bill also funds an advertising campaign by the Department of Transportation to attract drivers and across transportation sectors. Finally, IIJA also includes the DRIVE Safe Act, establishing a three-year pilot program to train and license 3,000 new drivers between 18 and 20 years old. This is a major change—prior to IIJA, only those 21 or older could obtain a Commercial Driver’s License. This pilot program functions much like an apprentice program for other licensed tradespeople, such as electricians or plumbers, and could alleviate some of the strain of the current labor shortage facing the industry.

As mentioned earlier, IIJA’s broadband allocation might also prove a gift for the trucking industry, if indirectly. Drivers spend their days trekking across wide-open expanses of American vista—much of it without cellphone or internet coverage. But carriers need to stay connected in order to fill out paperwork, share information, and receive changes to deliveries and pickups. As the bill expands broadband for rural Americans, trucking companies will also benefit.

It’s Not All Roses Though—Some Potential Challenges for Trucking

As helpful as the infrastructure bill is for the trucking industry, it still brings some potential challenges. From traffic jams to EV transportation to a never-ending parking crisis, IIJA can’t solve all of the industry’s problems—and may even accidentally introduce some.

One of the most obvious potential problems is the short-term impact of highway construction delays on delivery schedules. Though necessary, these delays can cause disruptions and backlogs in an already strained supply chain. Traffic congestion due to poor road conditions and other factors results in 1.2 billion hours of lost time annually. That’s the equivalent of 425,533 commercial drivers sitting idle for a whole year!

IIJA does attempt to take this into consideration, however. The bill includes a relief program that gives states and municipalities grants to create ways to reduce congestion aside from repairing roads.

The EVs Are Coming

President Biden pushed for the inclusion of funds for electric and hybrid bus development for public transit and has encouraged the trucking industry to convert to electric haulers ASAP. At his insistence, IIJA also set aside funds to create more EV charging stations, in an attempt to make their use more practical.

Two factors here impact the trucking industry. First, consider the push to replace current long-haul vehicles with electric and hybrid versions. This is a costly expense for trucking firms, especially when they already have trucks on the road with years of safe service left. This replacement turnover, therefore, will not happen quickly. 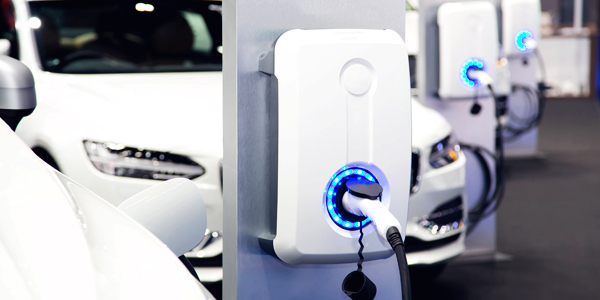 But the push for public adoption also will weigh on the industry. After all, how will those vehicles arrive at local auto dealerships? They will be brought there on auto transports pulled by trucks.

Normally, that would be good for business. But the weight of those new vehicles raises issues. EVs weigh more than cars with internal combustion engines. That means carriers who are shipping those EVs must be mindful of the increased weight of their load so that they don’t go over weight limits. But it’s not only weight—heavier electric cars can cause damage to flatbed carriers, causing service issues on the road.

You Can Drive, but You Can’t Park

The infrastructure bill introduced a number of fixes the trucking industry had been clamoring for—but it also left out one key item.

There is a truck parking shortage in the country, and the industry has been clamoring for a solution to this problem. Expanding parking capacity could designate more places for truckers to stop at the end of the day. This would mitigate how many trucks end up parked illegally on entrance and exit ramps or city streets. Unfortunately, by introducing measures to reduce bottlenecks and promote trucking without solving the parking crisis, Congress may have just shuffled a problem further down the pipeline.

Change Is Finally Coming With IIJA—Are You Ready?

However, that doesn’t mean all the challenges will just go away. IIJA sets up new programs to reduce the labor shortage, but trucking firms still have to do the hard work of hiring. A new tide of EVs and regulations could complicate what firms do with their existing fleets.